Calories in Milk | Cow’s vs. Almond vs. Oat vs. Soy 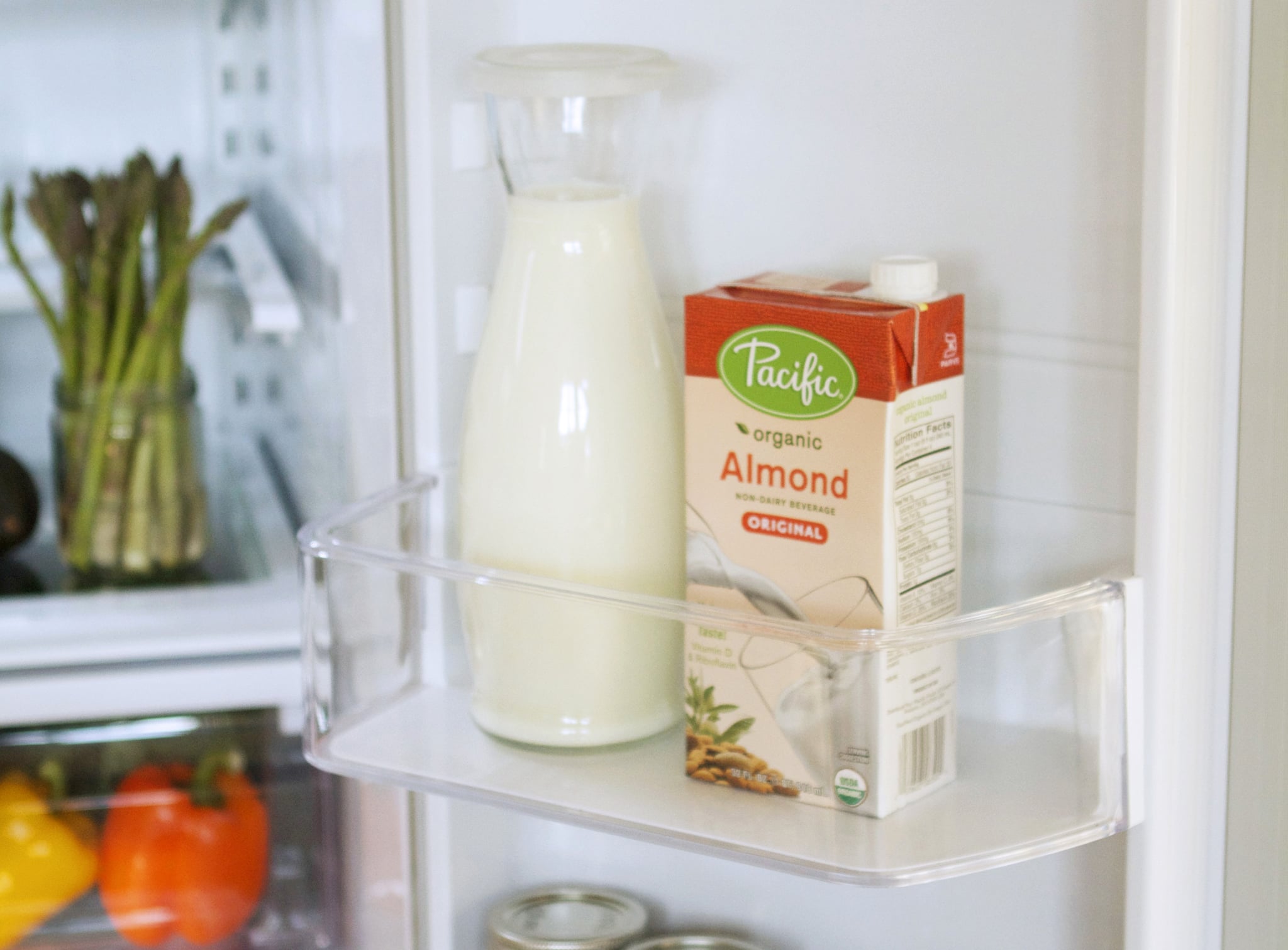 Going to pick up a gallon of milk has new meaning since cow’s milk is no longer the only choice. With awareness of dairy allergies and people choosing to eat more plant-based for health or environmental reasons, there are so many dairy-free milk options available. If you’re wondering how many calories are in different types of milk, check out the charts below comparing almond milk, oat milk, soy milk, coconut milk, and rice and hemp milk. You can also compare the amount of carbs, sugar, and protein in plant milks, so you can choose the best option based on your nutrition needs.

How Many Calories Are in Cow’s Milk?

For those who have no issues consuming dairy, here’s the nutritional info for four different kinds of cow’s milk. Each offers a decent amount of protein and calcium but is higher in carbs compared to some nondairy alternatives. They also have cholesterol and saturated fat.

How Many Calories Are in Almond Milk?

How Many Calories Are in Soy Milk?

If you’re interested in a dairy-free milk that’s high in protein, like cow’s milk, go for soy milk. It is similar calorie-wise but is relatively low in fat and carbs (if you go for unsweetened) and even offers a tiny bit of fiber. Like almond milk, soy milk is a great choice for drinking alone, pouring on your breakfast, using in smoothie recipes, or using in cooking or baking. Soy milk can even be used to make a vegan buttermilk by whisking it with apple cider vinegar.

How Many Calories Are in Oat Milk?

Oat milk is one of the most popular plant milks since it’s nut-free, soy-free, and fairly low in calories. It also has a silky, creamy texture, making it a great alternative to cow’s milk or cream in coffee. Just be aware that oat milk is very low in protein, and the sweetened or creamy varieties have more calories and fat, since oats are naturally a grain that contains fat. Oat milk is also a good source of calcium, since it’s fortified with 35 percent of your daily needs.

How Many Calories Are in Cashew Milk?

Just like almond milk, cashew milk is very low in calories per one-cup serving. It is also low in carbs but has a silky, creamy texture, which many people love in their coffee, soups, casseroles, or baking recipes. Cashew milk offers a decent amount of calcium, since it’s fortified.

How Many Calories Are in Coconut Milk?

Higher in fat than most plant-based milks due to the nature of coconut being high in saturated fat, coconut milk also offers that distinct flavor you may love in oatmeal, granola, coffee, curries, soups, or baked goods. It is low in carbs but offers zero protein.

How Many Calories Are in Pea-Protein Milk?

A newer plant-based milk on the market, pea protein is nut-free, soy-free, gluten-free, and GMO-free and offers a whopping eight grams of protein per one-cup serving. It also has 50 percent more calcium than two percent dairy milk, and if you get the unsweetened kind, it has zero sugar. It has a thick, creamy texture, making it perfect for smoothies, smoothie bowls, sipping alone, pouring over cereal, or using in baked good recipes.

How Many Calories Are in Almond and Cashew Milk?

You’ll also find plant-based milk blends, like almond and cashew milk. It makes for a creamy, mild-tasting, dairy-free milk that you can drink by the glass, add to smoothies or cereal, or use in baking recipes. This blend is higher in calories and fat than some of the other plant-based milks, but just look at the protein — 10 grams per one-cup serving. This milk called Silk Protein tastes amazing!

How Many Calories Are in Almond and Coconut Milk?

Here’s another good dairy-free milk option if you want a beverage that’s low in calories, carbs, and sugars. It doesn’t offer much protein at all, just one gram per one-cup serving, but is fortified, so it offers 35 percent of your daily calcium.

How Many Calories Are in Hemp Milk?

Not as popular or easily found as other plant-based milks, unsweetened hemp milk has no carbs or sugars and offers more protein than almond, oat, cashew, or coconut milk. The flavor is more distinct, so this milk might be better mixed into smoothie recipes or in baked goods.

How Many Calories Are in Rice Milk?

Rice milk was one of the very first kinds of dairy-free milks offered. But with the rise of other plant milks like soy, cashew, and oat milk, rice milk isn’t super popular, probably because it tastes rather watery, is high in calories and carbs, and offers no protein.

Which Plant Milks Are Lowest in Calories?

Which Plant Milks Are Lowest in Carbs?

Which Plant Milks Are Highest in Protein?

For a one-cup serving of plant milk, you’ll get at least seven grams of protein if you go for soy milk, pea-protein milk, or Silk Almond & Cashew Protein milk.

After following this 21-day dumbbell arm challenge created by NASM-certified personal trainer Désirée Triolo, not only will your arms look...

12 Fruits That Are Good For Your Skin

It's no question that eating fruits — especially a minimum of two servings a day — is essential for a...

Here's a quick Pilates ab workout for beginners you can do at home. It includes five easy Pilates exercises, and...

KATIE AUSTIN Katie Austin is a fitness personality, blogger, and host. Katie has grown her workout brand to over 1...

No matter who I'm working with or the style of training we do, a huge component of my training philosophy...